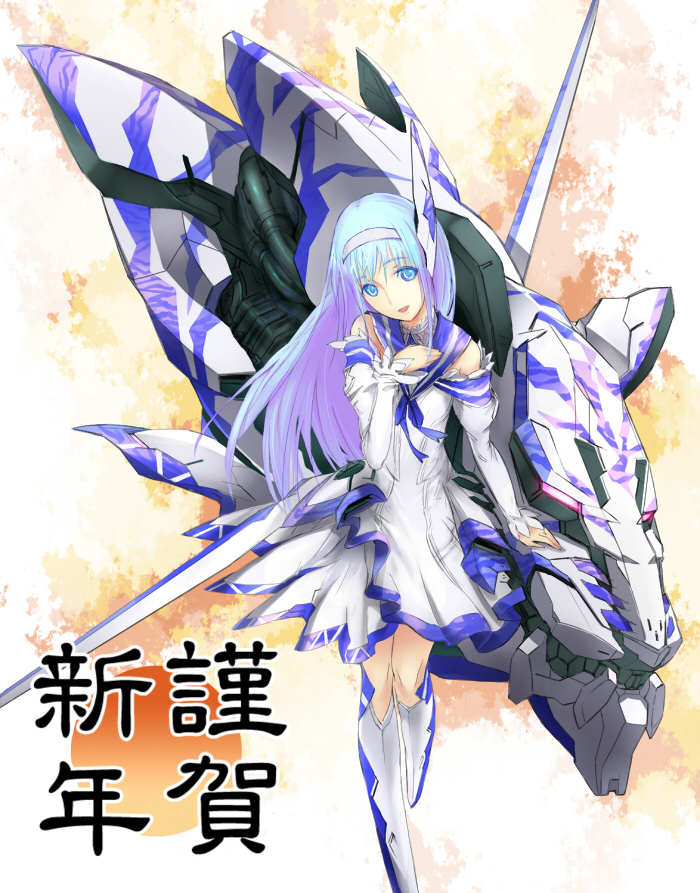 This week’s image is a bit of a stretch. She is a personification of the Vic-Viper from Gradius by ☆彡. This personification just barely counts as “nekomimi related” but there is a reason for featuring her. This post is dedicated to Kazuhisa Hashimoto, creator of the Konami Code.

Many gamers remember this code from Contra on the NES. The main version goes up, up, down, down, left, right, left, right, B, A, start [↑↑↓↓←→←→BA]. Hashimoto-san originally created the code while he was porting Gradius to the NES in 1986. He simply had trouble beating the game and used the code to help play through it while debugging it. The code is easy to remember and became very popular. It was used in other Konami games before making its way to games made by other companies. It has even been found in other media including movies and websites. Once it was even used on the Bank of Canada’s web site!

So today we pay tribute to a game developer legend who created a code so popular it transcends gaming. Even if you have never heard of Hashimoto-san you most likely have played a game, watched a movie, or been to a site that has referenced his code. We do not see codes often in video games but they are still a part of gaming culture. They are like a secret that when entered correctly makes you feel like you found something special. Thank you Kazuhisa Hashimoto!