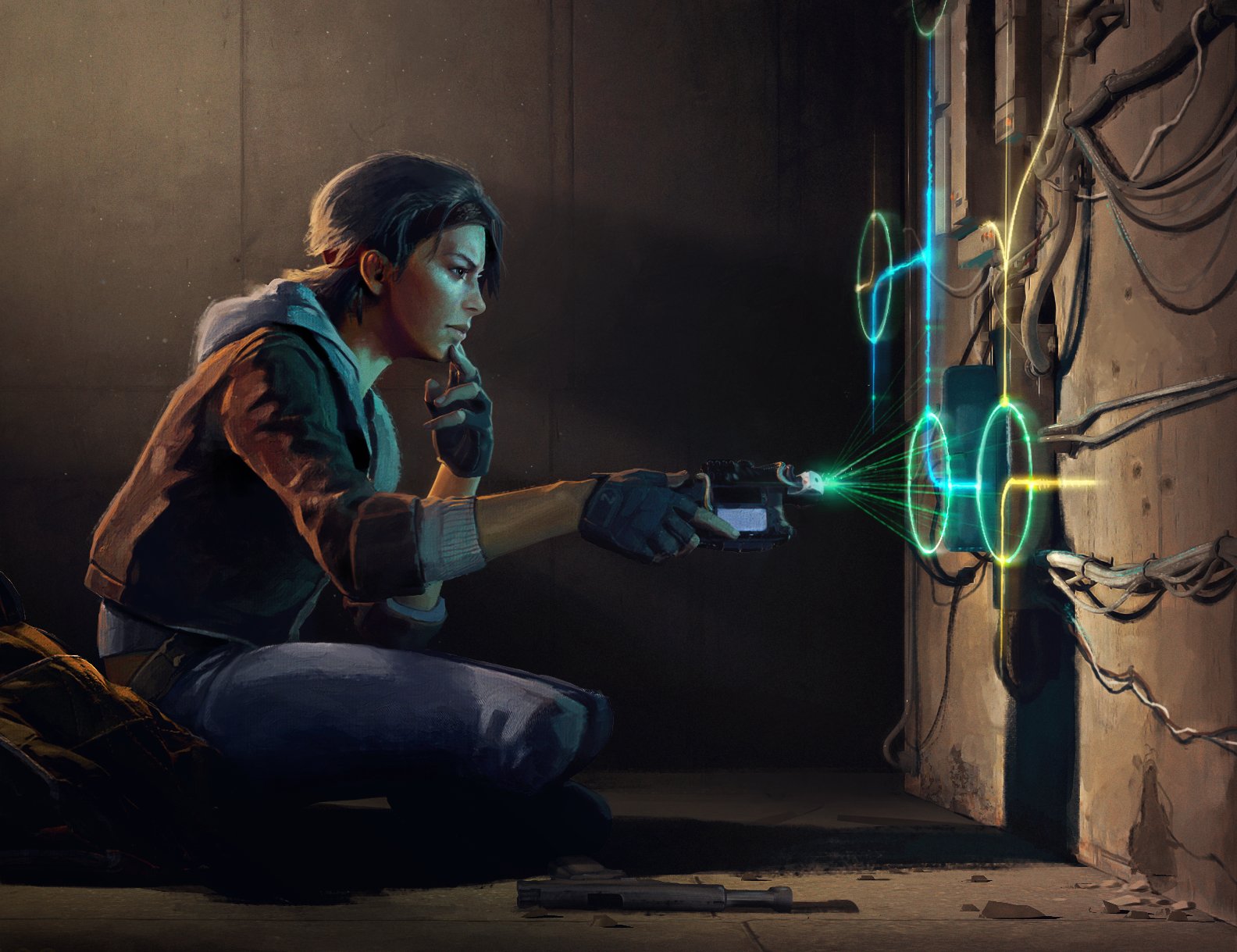 Half-Life: Alyx is just around the corner and I have not been this excited for a game in a while. IGN released a 9-minute gameplay video yesterday that gave the world our deepest look at the game so far. Many people have noticed that the system menu can be briefly seen in the video. I decided to take some screenshots of the menus so everyone can see them in-depth.

First, we have the Combine Fabricator. When Alyx boots it up it shows the amount of resin she has and asks her to insert a weapon.

After Alyx inserts her pistol we see the upgrades menu. The possible upgrades include Reflex Sight, Bullet Reservoir, Burst Fire, and a Laser Sight. The resin cost ranges from 10 to 20 depending on the upgrade. If Alyx looks up she can see a preview of the weapon.

After picking an upgrade the fabricator then asks Alyx to insert resin. She then puts in two canisters of resin worth 5 each. The display updates each time a canister is placed.

Next, we see the pause menu. The title of the window is “ALYX.ROOT” which is most likely a UNIX reference. Below that is a “Save” option with the name of the current chapter. Most of the other options are self-explanatory except for “Photo Mode”. Many non-VR games have a photo mode but it should be interesting to see how HL:A’s will work. There is also a “Dev Menu” hiding next to the resume button…

When the player selects “Options” they briefly pass over “Performace”. Currently, “High Fidelity” is selected. It is hard to tell if only preselected options will be available or if there will be a custom option for finetuning settings.

The interface menu shows us a little more. It appears the weapon selection has multiple orientation settings. I assume this affects the menu that pops up when Alyx selects a weapon. The player can also adjust the height and distance of the pause menu.

Under accessibility, we find even more options. This includes a “Single Controller Mode” meaning the game can be played with just one hand. We also see a height adjustment switch and toggle options for both crouching and standing. Finally, there is a setting for light sensitivity.

The player finally chooses “Preferences” which has the following options. First is “Difficulty” which is standard in Half-Life games. Next is “Movement” which we will get back to. After that is “Quick Turn” which implies smooth turning will be an option. When “Quick Turn” is on a player can also adjust the quick turn angle (I prefer 90). Finally, there is “Hand Climbing Ladders”. I assume if this option is turned off the player will teleport up and down ladders.

Those are all of the menu settings found in the IGN Half-Life: Alyx video. It is clear that the game will have a lot of options to help players customize their experience. There is still a lot more to see of the menus and the game. Luckily for us the game is just a few weeks away!