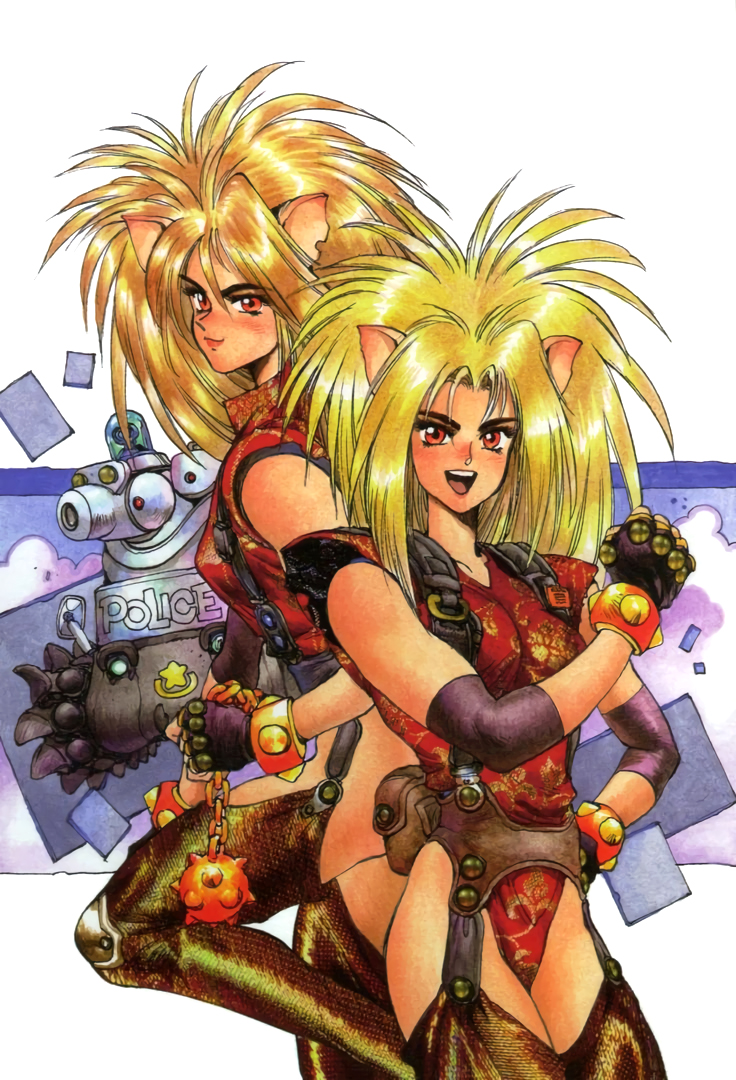 It has been brought to my attention by @justalilfemguy on Twitter that a particular “type of 1980s sex and violence catgirl” appears to have gone extinct. In a past post, I claimed this style of catgirl was not my preferred android catgirl type. I lied. The Puma Twins from Domination and New Domination Tank Police are a rare breed that reminds me of why I started blogging about catgirls.

Ana and Umi Puma are most well-known for appearing in the OVAs for Domination Tank Police. The original manga was created by the great Shirow Masamune of Ghost in the Shell fame. These former “Love Dolls” lived a life of crime alongside another android named Buaku. The Puma Sisters would eventually continue committing crimes without Buaku after he left them behind. They would continue to keep the Tank Police busy by causing mayhem for some time before being “commandeered” by them. You see, considering the twins are androids they could not be charged for crimes like humans. They would join the Tank Police where they are treated like confiscated property.

The Puma Twins have earned a place in the hearts of many young 90s anime fans. You really do not see many spiky-haired catgirls with feral traits anymore let alone ones with 80s flair. Some in the Twitter Thread above have noticed modern “descendants” like Catra from She-Ra, Aisha Clan-Clan from Outlaw Star, and Ghislaine Dedoldia from Mushoku Tensei [who I need to look into]. That said the Puma Twins are one… make that two of a kind that cannot be matched!