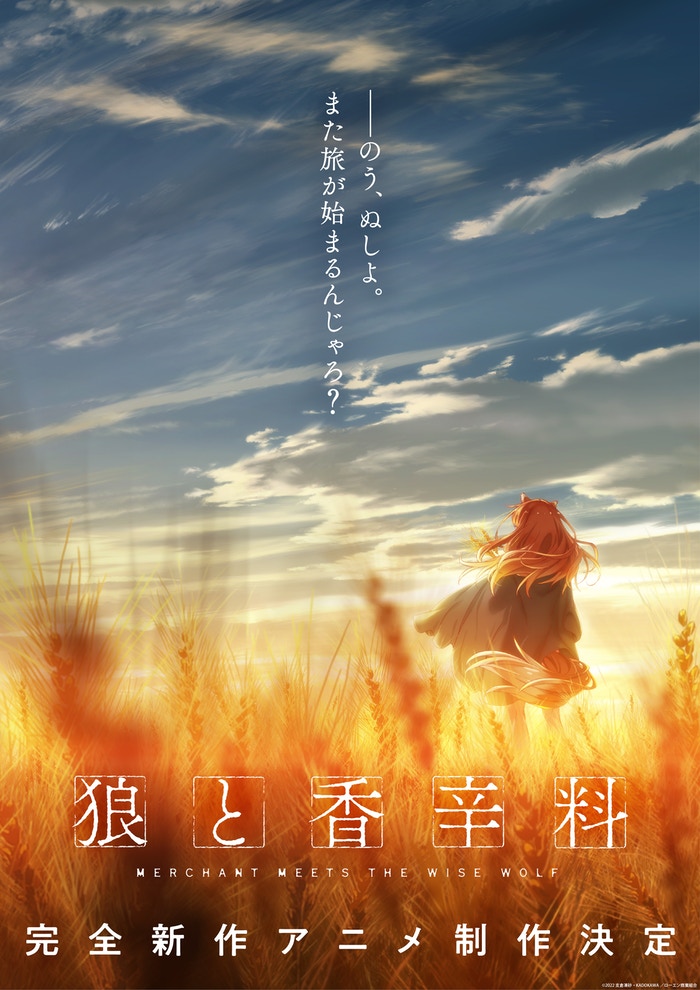 I woke up yesterday to an email from Kickstarter. It was an update from the Spice and Wolf VR project. The game has been out for years now so I was not expecting much. To my surprise, it was the announcement of a new Spice and Wolf anime! It has been over ten years since the last season ended and we are finally getting more!

The news was also posted on Isuna Hasekura’s websites and has been picked up on sites like Anime News Network. The series started off as a light novel by Hasekura 15 years ago. The anime only covered two out of the 18 books released. We do not know if the new series will be a continuation, remake, or original story. So far all we have is a teaser trailer and art. We also have the taglines “Shall we embark on a journey again?” and “Holo the Wisewolf and Lawrence the Merchant’s story continues.” The Kickstarter update also included a thank you to fans who backed the VR game:

“It’s definitely thanks to all of you who supported us through the crowdfunding campaign.

The fact that we were able to show that “Spice & Wolf” is still popular 10 years after the anime ended must have been a great help.

Thank you very much!”

I for one am just happy to see this day finally come! It will be great to see Craft and Holo again!