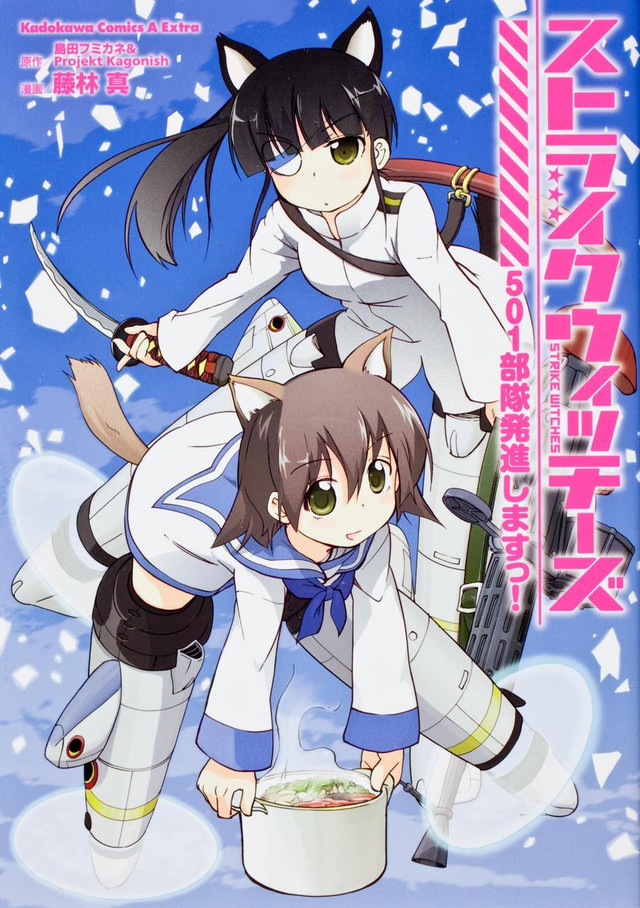 Does anyone remember Strike Witches? The anime came out in 2008 and was quiet… infamous… If the concept of young ladies being recruited to fight aliens in an alternate WWII wasn’t crazy enough these young ladies are also Witches! Also, they do not wear pants… for work-related reasons…

I did not think a series like this would get two seasons, an OVA, a movie, and a sequel. Many people joked that the show was more about taking baths than fighting aliens. Despite this the sequel, Brave Witches took a more serious approach. It fixed a lot of my problems with the first series by creating a more serious combat environment and making the alien Neuroi more than just faceless enemies. So the question is what is next for what is now known as the World Witches series?

During the 10-year anniversary event last year three new projects were announced. One will be coming out this year and is based on a manga called Strike Witches 501 Butai Hasshinshimasu! (Strike Witches 501st Unit, Taking Off!). Sadly this spin-off will focus on the girls during their downtime and sounds more like bonus content. It sounds like this spinoff will focus more on fan service then plot.

That said the show is well known for its fan service. Another project slated for 2021 will take a whole other spin on the franchise. It is currently known under the temporary title Idol Witches and you can guess where this is going. This spin-off will focus on what seems to be an idol group who performs for victims of the Neuroi. It kind of sound likes an attempt to cash in on the rise of “Idol” anime but we will see.

In between these two spinoffs will be the one I’m most interested in. In 2020 Strike Witches: Road to Berlin will be released. The title is a reminder that this series is an alternative World War II story. By the looks of the trailer, we can expect the Witches of the 501st to be back in action. I’m sure the series will still have its trademark fan service but can that charm last for ten years? I can’t wait to find out!