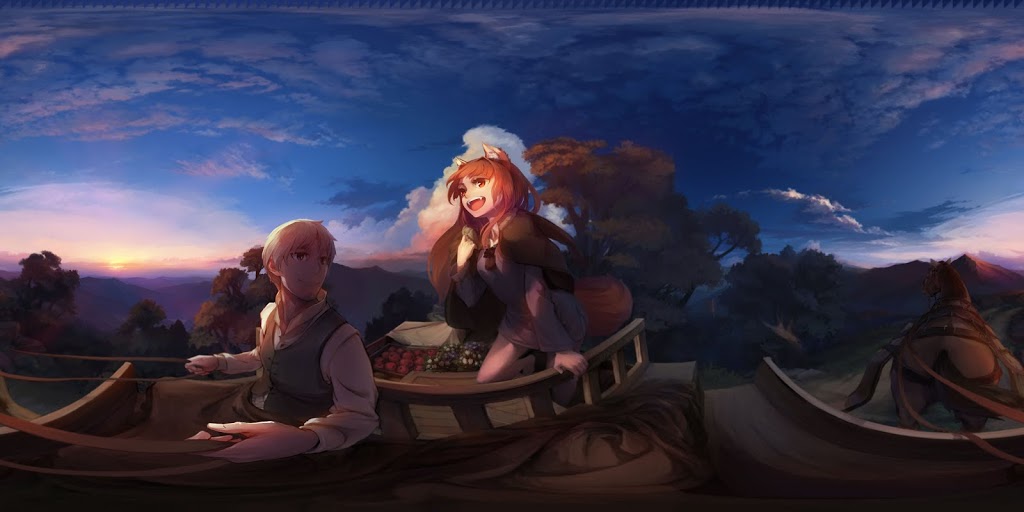 The Spice and Wolf VR game hit the Japanese crowdfunding site Campfire this week and was funded in just two hours! If there is one thing Craft and Holo know it is how to make money. For fans in the west, SpicyTails plans to launch a Kickstarter campaign next week. If you can not wait to see Craft and Holo in VR however, doujiang rr has you covered. This artist made a 360 panorama that can be viewed in VR headsets. Although flat 2D images are not true VR who would miss out on a chance to get this close to Holo… and Craft? The VR version can be found on Veer.