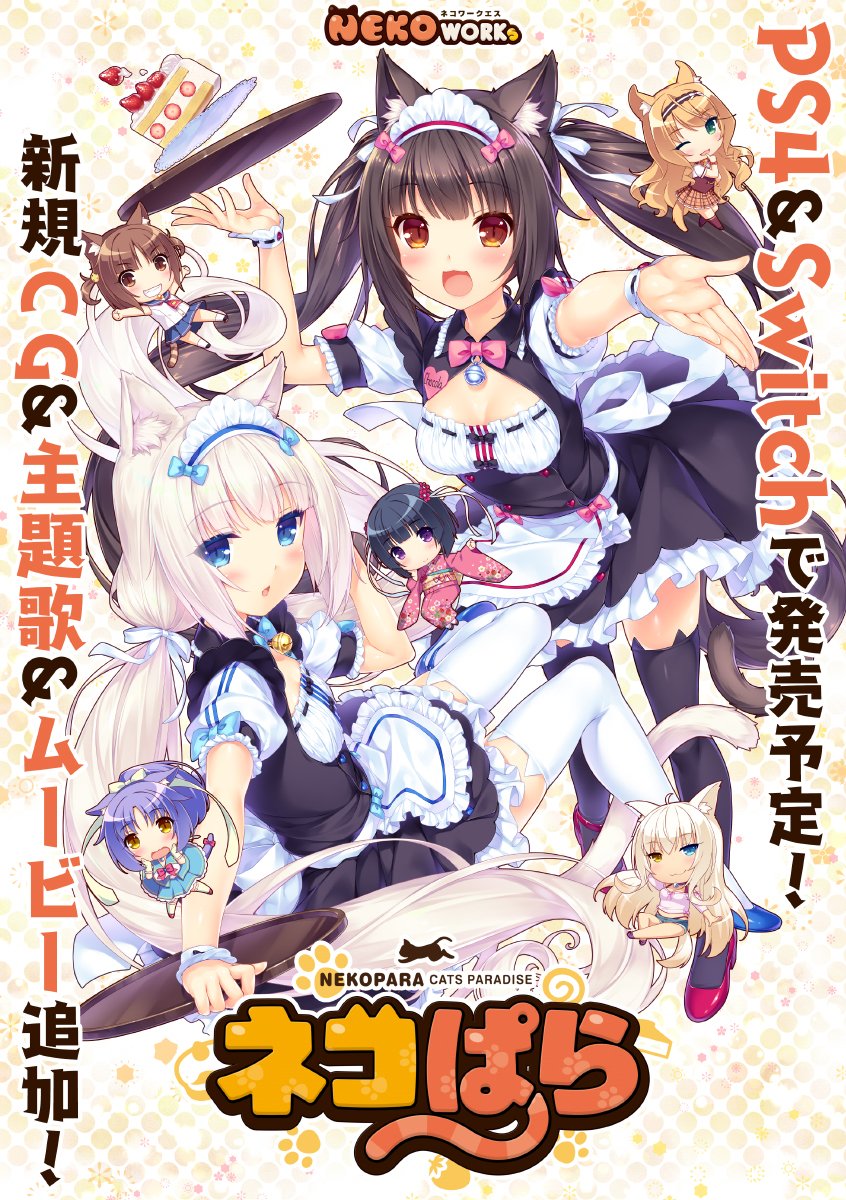 E3 is wrapping up and there is a distinct lack of nekomimi news… For whatever reason, no one is talking about the biggest news to come out of the conference. In fact, there is a major game that was left out by almost everyone. A few months ago NEKOPARA Vol. 1 was announced for the PS4 and Nintendo Switch. Somehow it did not make the waves it should have then and it is not now. Yesterday the launch date was announced as July 4th. The console versions will feature a new theme song, additional CG, and a new episode. Despite the fact that these versions will most likely be censored spending time with Sayori’s amazing catgirls is always worth it. So this 4th of July take a break from Fortnite and visit La Soleil!