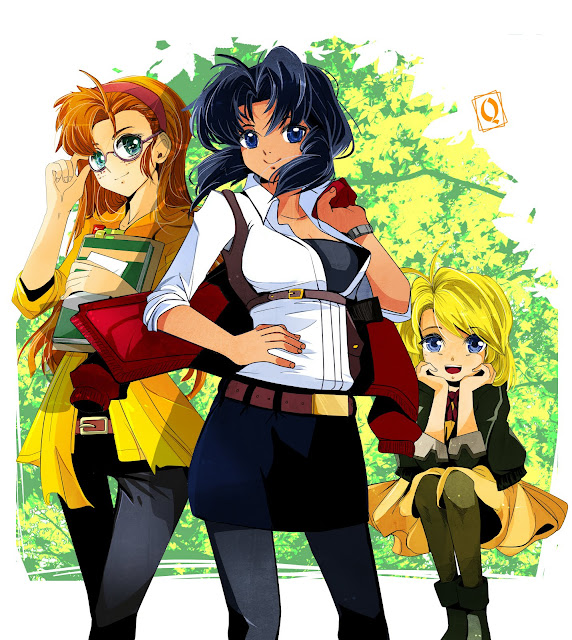 It looks like I have another reason to be excited for ACEN this year. Mangaka Kenichi Sonoda will be there to launch the world premiere screening of a new Gunsmith Cats reboot! For people who did watch anime in the 90s Gunsmith Cats was a series about two bounty hunters from Chicago. One was a markswoman named Rally Vincent and the other an explosives expert name May Hopkins. The manga inspired a three episode OVA that aired on the Action Channel in the US. It was one of the first OVAs I watched and although not directly catgirl related it is still connected. The third girl in the image above is Becky Farrah who also appeared as a supporting character. I never expected this series to get a reboot let alone for it to debut at Anime Central. You can bet I will try to see it!