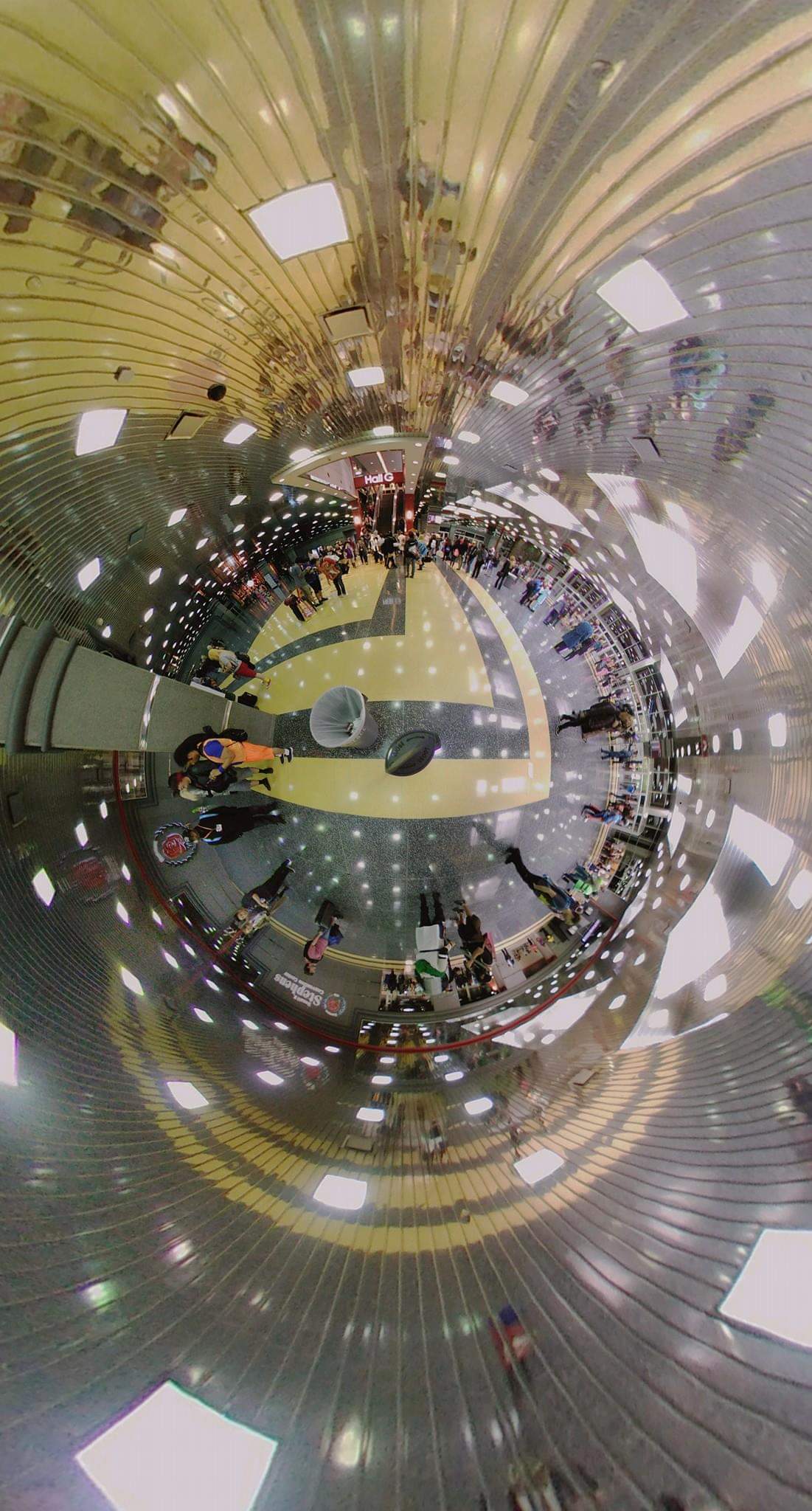 360-degree videos have been a hot topic this past year. It is a new medium that many content creators are rushing to try but struggling to figure out. This is leading to many people already feeling burned out and even boycotting 360 videos. When I discovered 360 videos I instantly knew what I wanted to do with them. After using my first 360 camera at just two anime conventions, I am personally sold on making 360 content in the future.
I love the atmosphere at anime conventions. Just being in the middle of a con surrounded by so many amazing people is an incredible feeling. It is not an easy one to reproduce. In my early attempts, I tried to make walk around videos during my down times. My first big issue with walk around videos is they are not easy to make. You have to plan your route in advance, make sure there is a steady flow of traffic, keep the camera steady and make sure to not focus on anyone for too long. After all, there is nothing creepier than someone following you with a camera. Walk around videos are also not always fun to watch. You are limited by the choices the person who recorded the video made. If they look one way and you wanted to look another you are out of luck. Looking back at some of my old walk around videos makes me want to take some of them down. They are just not that great and some are terrible!
When I first heard of 360 cameras this seemed like the perfect solution. At that time, the Ricoh Theta was the only 360 camera on the market and the 1080p videos I took were terrible. It was great for photos but bad for videos. So I bided my time until more 360 cameras came out. I choose one of the cheaper first timer cameras, the LG 360. The quality is ok when viewed on a small screen like a smartphone and it let me practice some basic 360 photo and video techniques. One of my favorite techniques is called tiny planet. It takes a 360 photo and warps it into a ball like a little planet. Dragonball Z comes to mind when I think about King Kai’s planet and even using it for cool spirit bomb shots! The big test, however, was still to come. Could I use it to capture the atmosphere of a con?
My first time recording 360 videos at a convention was back in March at Shutocon in Lansing, MI. I used a light stand to hold up my LG 360 while I was taking some photos in the main hallway. Unlike a walk around video, this was less disruptive. The camera just sat there while I worked like normal. I recovered the camera a few minutes later with my friends. We took a few more videos that I stitched together when I got home. Although the LG 360 is not very clear and is fuzzy around the edges I still enjoy watching these videos. They capture the feel of being at the con watching the amazing cosplayers and other people walk by. I can watch the videos several times and still find a new detail. This is very true when 360 videos are taken at a larger convention.
Not that long ago I took my LG 360 to Anime Central, the second largest anime convention in North America. I was able to set it up three times and take some amazing videos. When reviewing them before uploading I was overjoyed. This is what I was looking for. When watching the videos I felt the atmosphere of the con. I could watch the videos over and over and still notice something new. There is no one subject or focus. I was free to look wherever I pleased. No matter where I looked, I could see everything I loved about ACEN. I was amazed how all this was done with a lower end 360 camera!
Of course, these cameras are not perfect. We still have a ways to go until we can truly capture and relive a moment. There are already professional 360 cameras that can capture 8K and 3D videos. Soon consumer level 5.7K cameras will be out (5.7K is actually twice the resolution of 4K if you do the math!). What is even more exciting than higher resolution and 3D videos are volumetric videos. These use special cameras to create videos you can walk around in! The technology already exists to make these and it could only be a matter of time before they come to market.
Although I do not think 360 videos are the future of all videos I do think they have their place. For me, they are perfect for capturing the atmosphere of anime conventions and allow me to enjoy the feeling of being around so many amazing people. These videos allow me to capture the big picture and share the feeling of being at a convention. As the price comes down and the technology gets better I hope to invest more in 360 cameras!