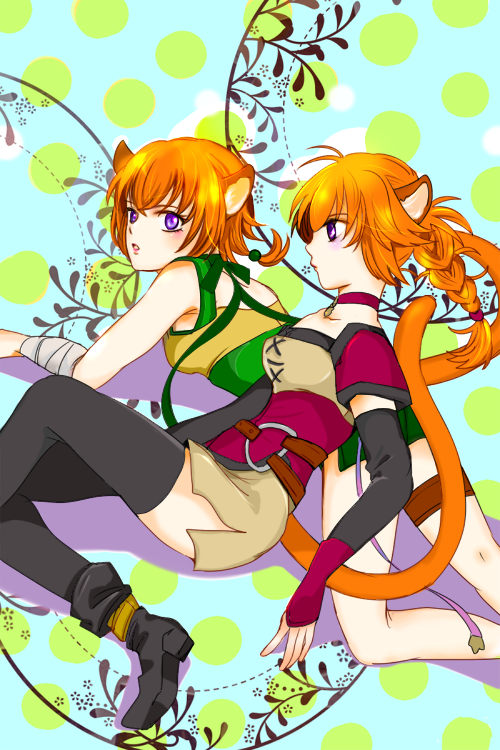 Lethe and Lyre from Fire Emblem

“
Art by Mikankomikan-Hime
Fire Emblem Heroes is out and I spent a good bit of the day yesterday playing it. The game does a good job of preserving core Fire Emblem gameplay on cellphones. The ability to summon characters from other games makes it somewhat of a love letter to fans. The only love letters I wish to summon however would be from Lethe and Lyre. These two Lague from the Gamecube era are known for their ability to turn into cats for battle. If the game claims to let you summon the best heroes in the series than these two needs to be in it! The Kingdom of Askr needs heroes… and catgirls… Askr needs catgirl heroes!
So what do you think?