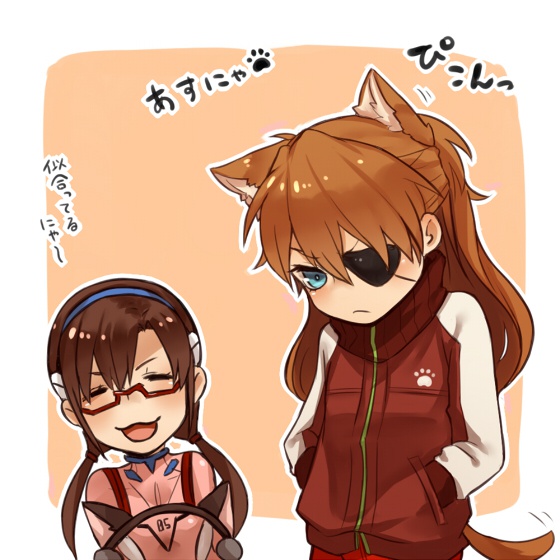 Neon Genesis Evangelion is like cat ears. It is everywhere and your friends probably try to force them on you. This can seem annoying at first but if you give them time you will love them! Just look at how much Asuka loves the ears Mari put on her!

Not too long ago I finally watched Neon Genesis Evangelion. Although I like the core of the series the ending was lacking. This was likely due to budget constraints. Next, I watched the movie End of Evangelion which I thought would fix this issue… Sadly it just left me more confused! I finally watch the Rebuild of Evangelion movies last week. This brought me some closure.

These four movies cleaned up and finished the storyline. It lacks some of the details of the 90s TV series but is improved overall. I can only imagine what it is like for people who waited for 20 years to get to this point! Neon Genesis Evangelion is a strange and controversial beast but it is also an important part of pop culture history. Give it a shot when you get the time!