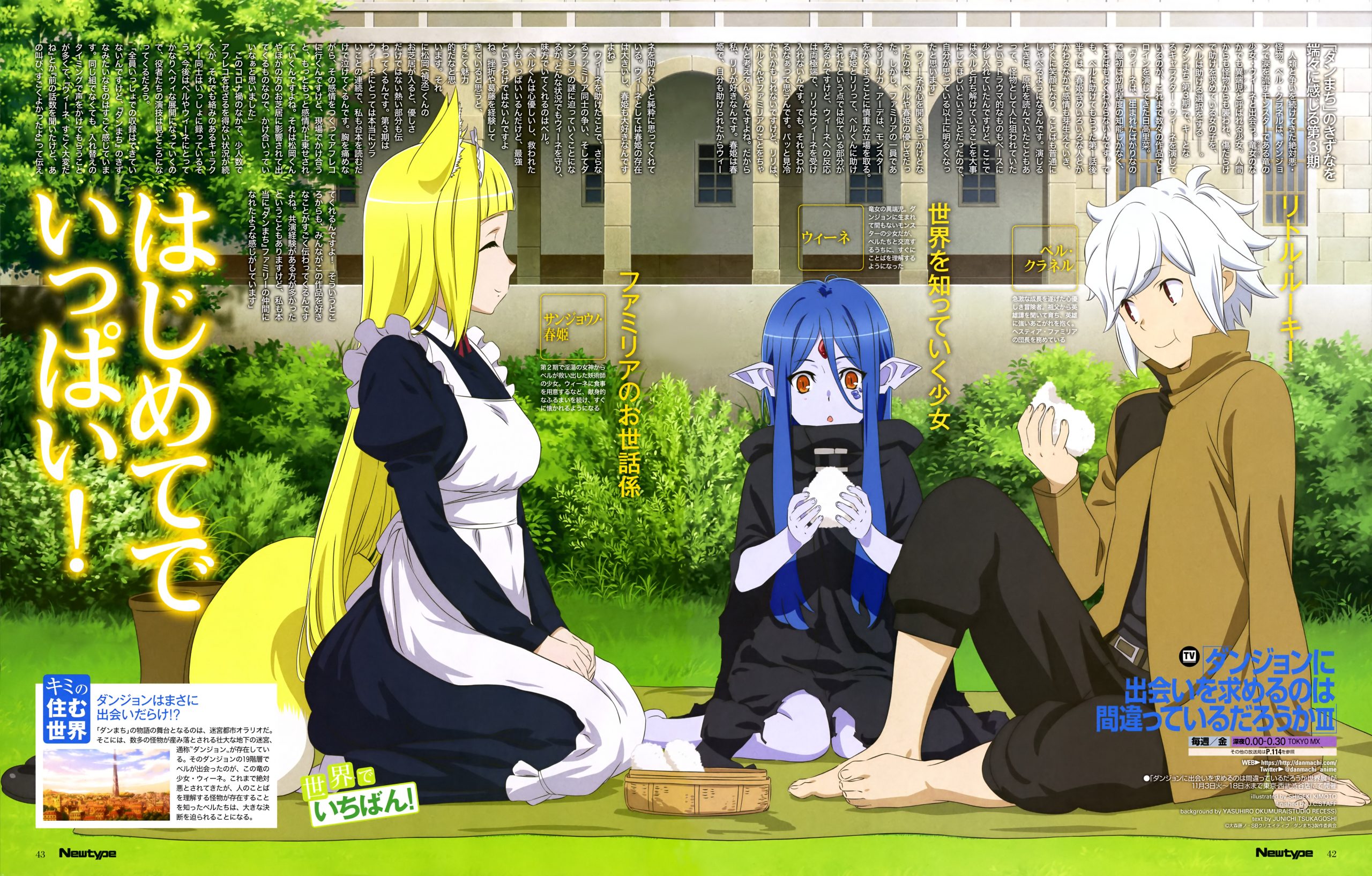 Danmachi is back for a third season and it features everyone’s favorite former virgin prostitute. Last season we watched Haruhime go from disgraced noble, to prostitute in training, to a proud member of the Hestia Familia. This heartbreaking tale of triumph took the series to a whole new level for me. It was suddenly much deeper and darker. Bell taught Haruhime to love and care for herself even though she was a sex worker. Even if there was a little “bait and switch” toward the end there was a good lesson to be learned.

Season three introduces Wiene who is a monster girl. She was being hunted by humans in the dungeon when Bell saves her. Taking her in could be dangerous for the Hestia Familia. Unlike Haruhime who was trapped by social stigmas, Wiene is considered an evil threat. Despite these differences, it is not hard to see why Haruhime seems to bond with her. Hardships are not a competition of who has it worst. They are a chance to relate and care for each other. Human, Renard, or Xenos, we can all share pain and heal together. I have a good feeling about where this season is going.