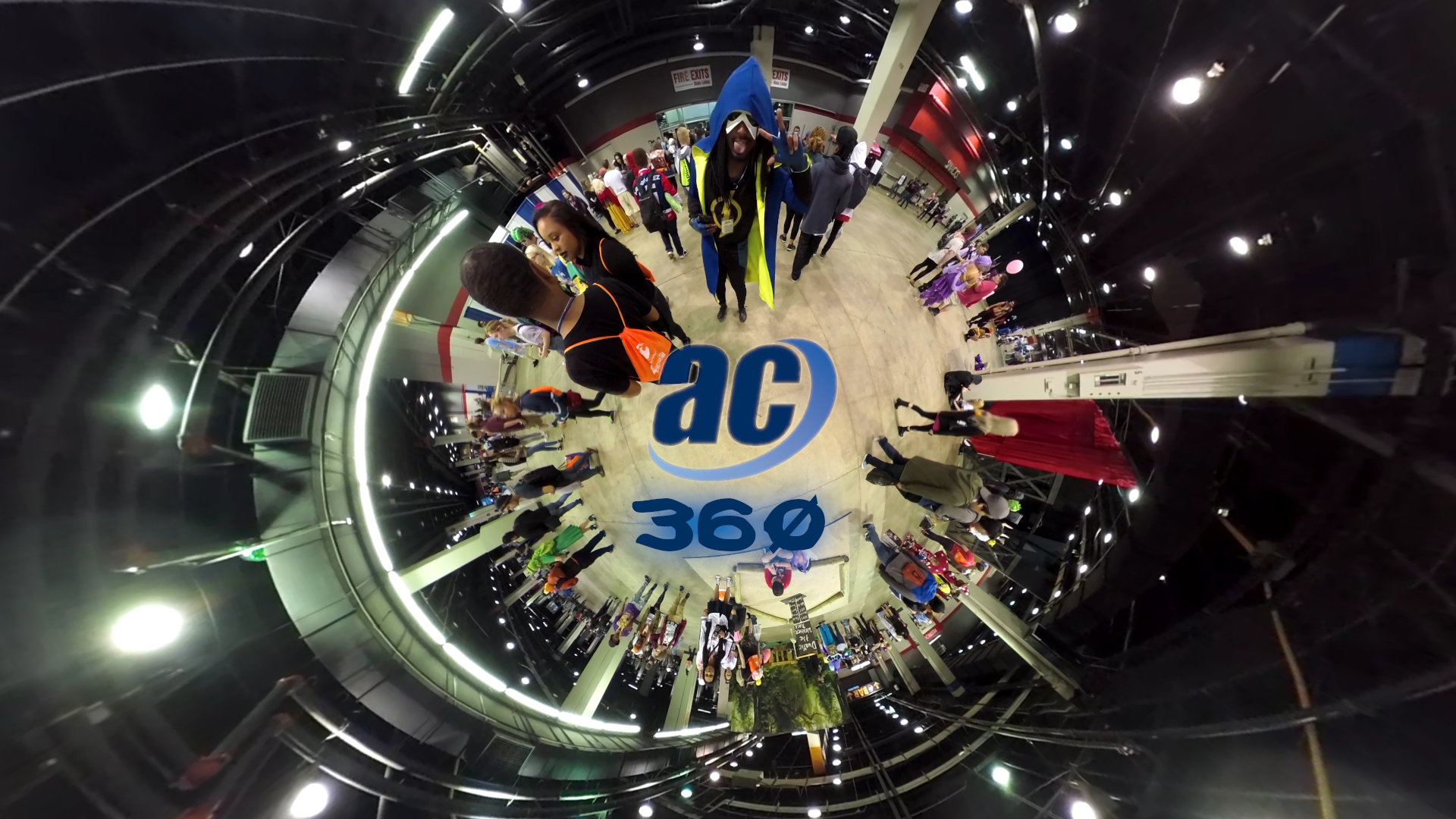 While Anime Central is hosting virtual events this year do to COVID19 I decided this would be a good week to release VR videos from last year’s events. I previously released two VR180 videos that include my first VR180 cosplay video and a photo slideshow. What I did not release, however, were full 360 VR people watching videos. They are mostly finished but due to an aggressive schedule were not published. VR videos from last year are not as good as being there this year but hopefully, they will help.

The video above was mostly shot after cosplay gatherings. These include Miss Kobayashi’s Dragon Maid, Ghost in the Shell, Monster Musume, and Nier: Automata. Some of the cosplayers involved were Percy Randle, theoraclecosplay, lewdycutie, and Kit Fowley.

This video is a slideshow of VR180 images. As a photographer, I find images easier to work with than videos. Because of this, I find it easier to take VR180 photos over video. In fact, photos are much quicker to take at a busy convention. Do to most of my work being impromptu being quick and convenient is important. As a result, I got to credit many more cosplayers. So many I can not list them all here. You can see them in the video description.

If you want to view the photos directly you can do so using a WebVR browser. The photos are available on both Orbix360 and Veer. Due to Veer only accepting uploads from “Verified Creators” I can no longer upload photos there. In spite of this more VR media players support VR180 photos and as a result, I may upload them to Flickr for download.

The first 360 VR video was taken in Hall F of the Donald E Stephens Convention Center. This is where the game room and cosplay gatherings took place. I was able to record around 15 minutes of video but someone did bump into the camera about 5 minutes in. Fortunately, the camera did not fall over!

The second 360 VR video was taken in the lobby. There was a lot more activity in the lobby which caused me to cut this video short. Unfortunately, someone bumped into and knocked over the camera. Fortunately, they were able to catch it and no damage was done!

The third 360 VR video shows off a taste of ACEN’s nightlife. Conventions like ACEN are not the same at night and because of that I took some video outside of the rave. If you have not been to an anime convention late at night give it a shot. The atmosphere is completely different!

The final video gives you a longer look at ACEN after dark. Because this is the last video it is the longest at nearly a half-hour. As the night goes on so do the shenanigans. If you are like me you will wish this video and night could have lasted forever!