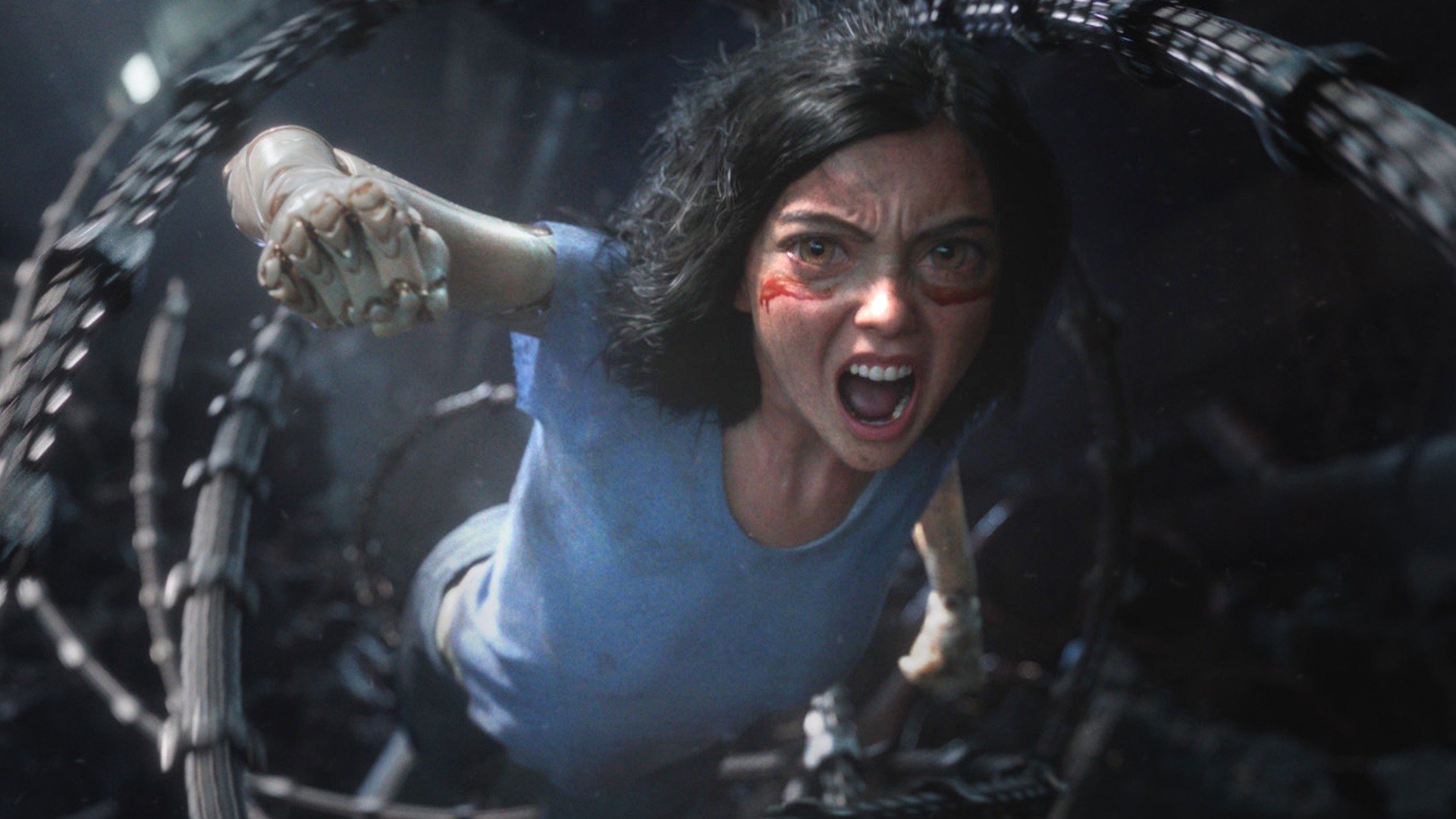 Last week my dad wanted to see Alita: Battle Angel. I remember hearing about the anime and manga decades ago but never look into them. This anime live-action adaptation had bad press from the start due to the decision to give Alita CGI anime eyes. Top this off with the questionable history of Hollywood anime adaptations and you can understand why my expectations were low. That said the movie did something I did not expect. It was better than the anime adaptation!

Two years ago I wrote a post about three Hollywood adaptations I did like. The most controversial was Ghost in the Shell. I choose not to re-watch the original movie before seeing it. A back to back comparison seemed unnecessary. I know it is not a popular opinion but I thought the movie was good. It at least seemed to be aware of its source material and tried to make something in the same vein. I was hoping Alita would accomplice this.

The night before I went to see the Alita I looked up information about it. Unlike GitS I wanted to know what I was getting into. I was surprised to find out the original was a short two episode OVA. According to Wikipedia, it was supposed to “serve as a compressed preview for the manga”. After reading this I watched a copy of the Manga Entertainment dub and it felt very incomplete. I was reminded of the short and edgy anime releases of the 90s. Looking back now it is not hard to see why this OVA did not get as big as Akira or GitS.

Fast forward to last week I went into movie thinking “there is no way this will be like the OVA”. Then the opening scene starts… and it is just like the OVA… In fact, the movie followed the same sequence of events. It also kept all of the major scenes. There where changes of course. First off the movie was PG-13 so they cut out a few scenes with nudity. They also toned down the violence/gore involving humans and animals. That said they turned up some of the violence involving cyborgs! The movie also extended scenes and added flashbacks. This filled in the plot holes left by the OVA. The ending extends past the OVA but just enough to bring the story to an end. It also leaves open plenty of room for a sequel.

After seeing it I felt strange. What I just watched was way more enjoyable than the OVA. This has never happened before. I do think a lot of this has to do with the fact that the OVA was a bad adaptation. I have not read the manga so I can not bring it into the comparison. The same story was covered but I was not left wondering who Alita was or what happens to her next. Instead, I’m looking forward to seeing what she will do next. Most of what was removed just made the movie less edgy. The gore and random topless scenes in the OVA felt kind of pointless. It is easily the best Hollywood anime adaptation to date. That may be a low bar but Alita: Battle Angel sores high above it!

So what’s next? I think Hollywood should look for other bad anime adaptations to base movies off of. I can think of one recent anime that they might be able to fix… My sister, My Writer!

OK… maybe that is going a little too far…