It is hard to believe it has been nearly ten years since I started writing Cat[girl]urday! Normally this is the day during Catgirl Week that I write about the history of the feature but that can get old. How many times can I rewrite the same post? In addition, this catgirl week is special. It marks ten years and I think that calls for something special!  Do not have a lot of time so let us make the most of it. I briefly looked over the past ten years and picked ten posts to highlight. I cannot say they are the best but each holds special memories. Many great posted are not listed due to time constraints. Speaking of which let us get started in the order they were posted: 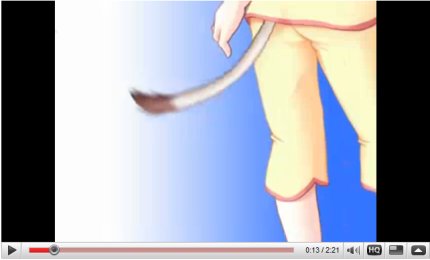 Dote up a Cat!
This post was legendary during the golden years. It may also be the smallest writing I have ever done on a long post. The post is mostly a chat log from AIM after I shared the now infamous Dote up a Cat intro with other bloggers at the time. That nearly unreadable wall of text is kind of an inside joke. The game it comes from is also known as Neko Kawaigari! and it said to be quite dark and tragic… Despite that, this opening sequence has made the game quite infamous online! 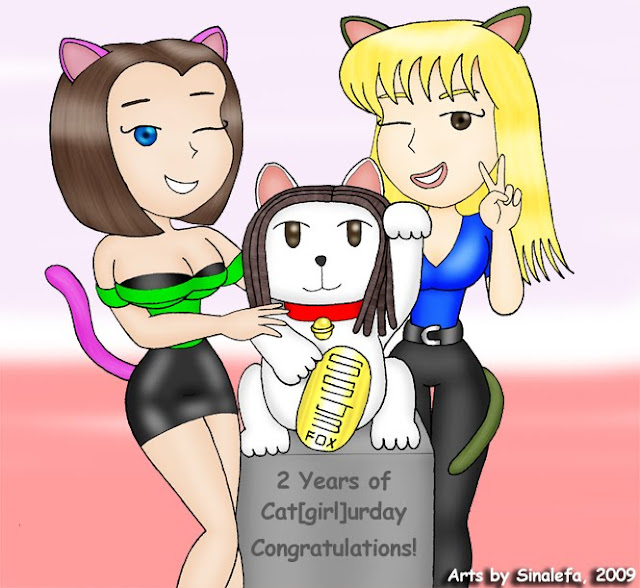 Gift art gets!
You know your feature has made it when you start getting gift art! Among the contributors, none stand out as much as sinalefa who made several wonderful works of art for me.  There is even an entire post dedicated to his art. I will never forget sinalefa! 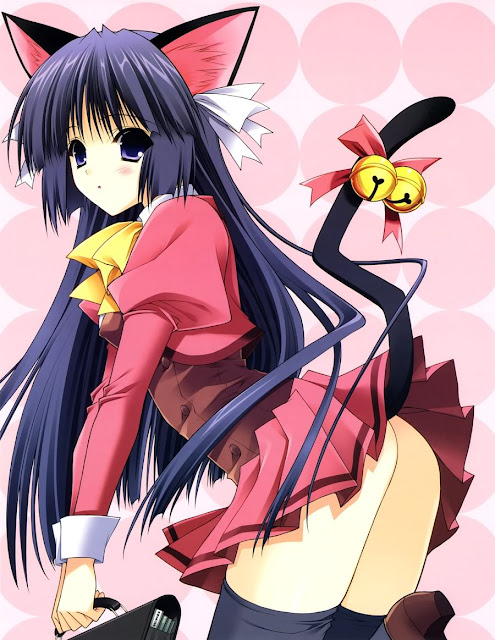 The Problem With Tails and Skirts pt1
Cat[girl]urday has its own sub features. One of the first was the Problem with Tails and Skirts. A common troupe in catgirl art involves pesky tails lifting a poor catgirl’s skirt. I have tried to point out troupes like this as they are important to the catgirl meta. After all, there is more to catgirls than just sticking cat ears and a tail on a girl. Artist and writers that realize that make better catgirls! 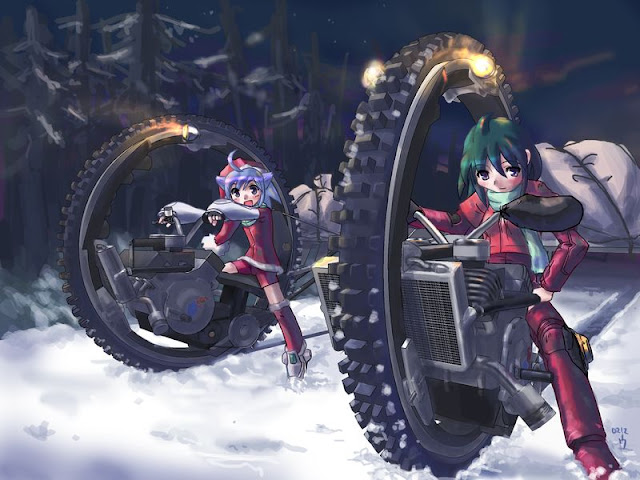 The Caturday before Christmas
Sometimes you start writing a post and it comes out better than you expected. This post was written on the fly that morning and I did not intend for it to rhyme. This is not the last time a post took on a life of its own while I was writing it. Take the running gag in the Splatoon post a few days ago. I knew I wanted to write about the game but did not find the image or write the post until that morning! 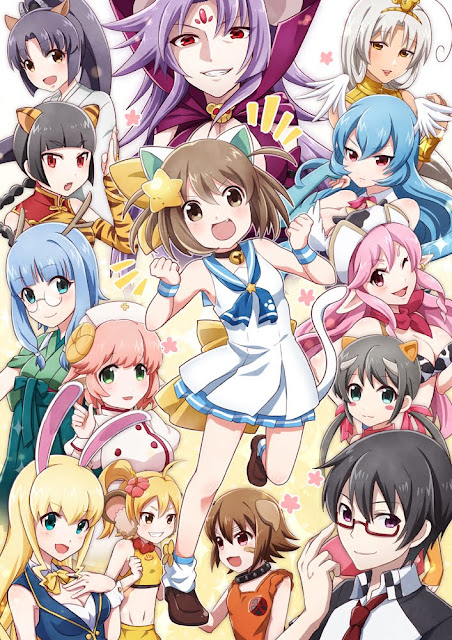 The end of the season of the cat
Back in 2015 after a bit dry spell for anime catgirls, two series came out that not only started catgirls but also were full of kemonomimi! This was a happy time for me! I almost want to blog only about these shows. They were Show By Rock and Etotama. Etotama was not well received and forgotten but Show By Rock became a sleeper hit. It was truly a good time to be a kemonomimi fan! Of course, Kemono Friends and Nyanko Days also made for an amazing combo. I say they are all must for catgirl fans! 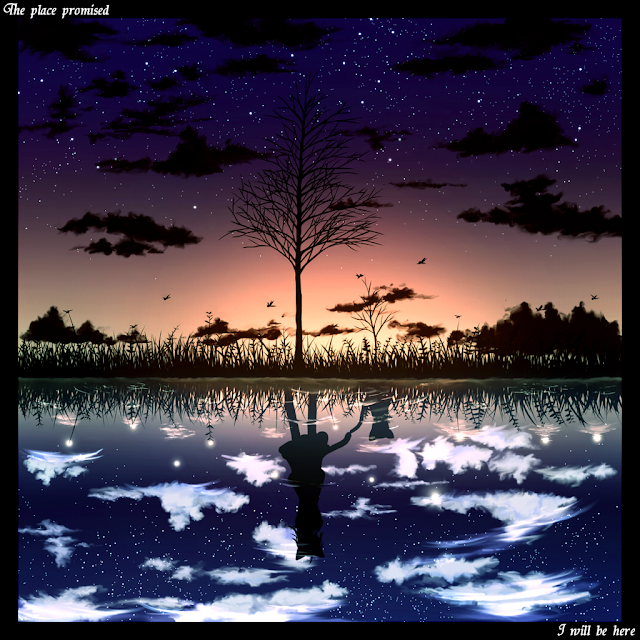 Reflections at Sunset
I often use real world events to help me write C[G]D. There is a line I try not to cross like writing about issues relating to religion and politics. Death is another one. That was until the death of Satoru Iwata who was a man who deeply influenced my life. I would read and watch his speeches like lectures. I still have his Heart of Gamer speech on my hard drive. Thinking about him still, brings tears to my eyes and reminds me of when I would blog a lot more about video games. This post is dedicated to him. It might be one of the most special C[G]D posts I have ever written… 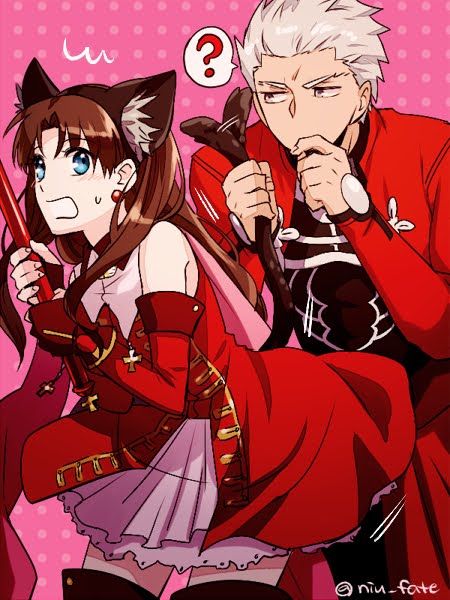 Unlimited Neko Works
It is said that imitation is the most sincere form of flattery. Like Archer, I improved my writing by learning to replicate overs. Parody post are not that uncommon in C[G]D and they range from other bloggers to full on neko versions of other works. Unlimited Neko Works is one of my favorites. Not only does the post acknowledge itself as not being what I wanted to post that day but it also ties into the NekoPara theme I wanted to write about. I was also able to take one of my favorite anime moments and rework it to fit my own personal gifts. Yes, my Noble Phantasm is summing an army of replica catgirls to battle! 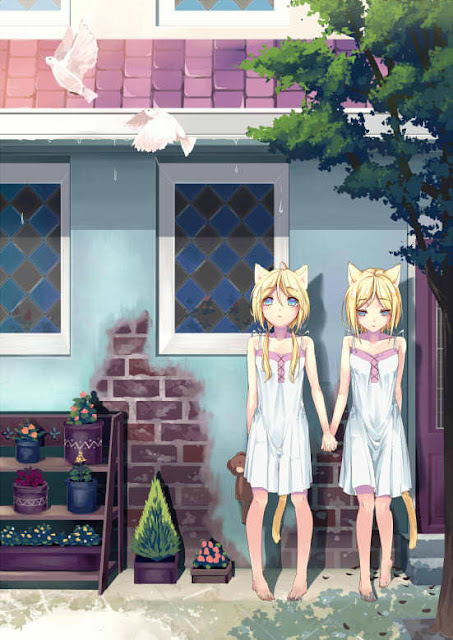 Weather the Storm
Some C[G]D post have a deeper meaning behind them. As I have said before many are inspired by real world event. This, however, does not just cover current events in video games, anime, and world news. Some are a reflection of what is going on in my personal life. This post was written after I was fired from my job last year. This left me unemployed for almost a year. The catgirls “weathering the storm” was an analogy for the hard times I knew I was going to face. Thankfully, my own words of advice were true. A storm cannot last forever. 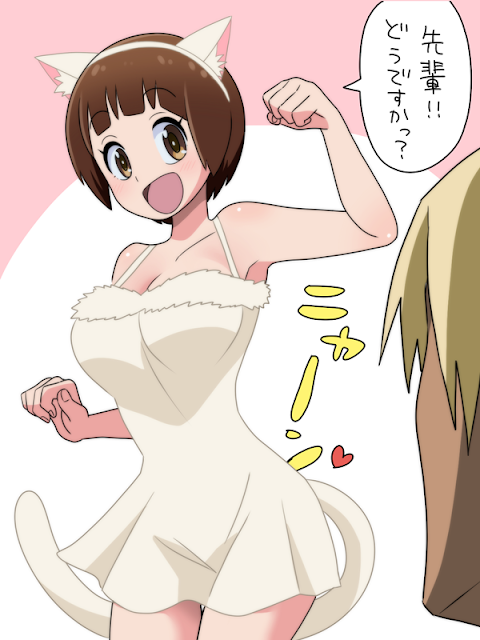 Crazy for You
It is no secret that I like Studio Trigger. Blogging about Kill la Kill is a lot of fun. Sadly, I never got a chance to write about Kiznaiver, which did not get as popular. Instead, I wrote another post about KLK highlighting Trigger’s amazing ability to predict fan reactions and include content normally reserved for fan art. Much like the show itself, I try to leave Easter eggs in my post. The titles of Kill la Kill episodes are based on top songs from the Japanese iTunes. I use many of these titles in my Kill la Kill post. Looking at this I really need to look for some Kiznaiver nekomimi art. I hope that it exists now… 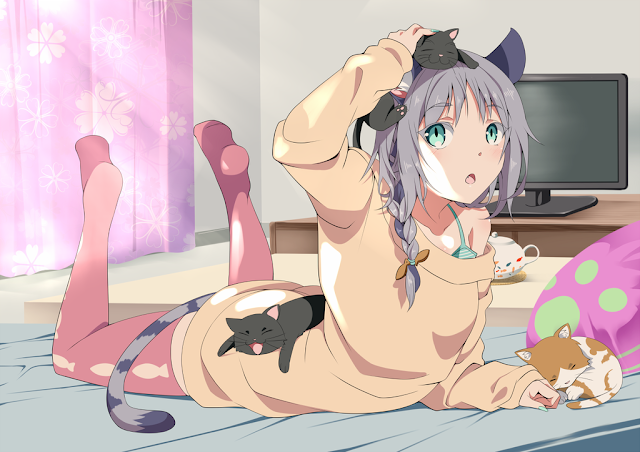 Double Burdens
During the simpler days of C[G]D a comment was made that helped to forever change the feature. I believe it was Snapfu1 that wrote it but sadly comments from that era are now lost to us. It noted how an artist made a tail hole in a catgirls pants stating that it was nice to see more thought put in then just slapping cat ears on a girl. Because of that, I am always looking to write more about hypothetical catgirl problems. This recent post is one such case that questions catgirls from the perspective of cats. There is also a hidden Half-Life reference in this post [one between worlds].
Looking back at my post really brings back memories. I can see how much I have improved and how my IGN friends have helped to shape this feature over the years. Hopefully, this post will give you a deeper insight on what Cat[girl]urday really is and how it has come this far. There may not be as many bloggers today was there were in the beginning but a regular feature is still a great way to leave your own mark here on IGN. People may come and go but the memories will last and when you look back on your work, it will bring a tear to your eye. Pick something you love that you can write about often. In time it will become something you love to do and not for fame or fortune. Build your own personal legacy one post at a time!
GET BONUS 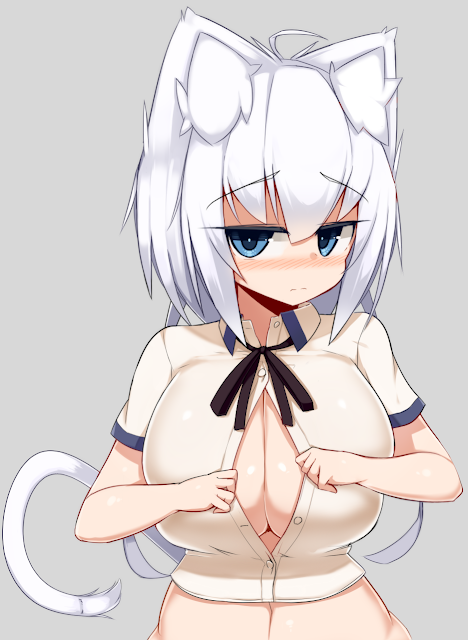 As White as Snow
I feel like I have some what created a character that writes C[G]D. This person sees catgirls as the ultimate good in the universe. They can do no wrong, will bring about world peace, etc. In addition, this person has a strong bias against bunny girls that has been called out as racist/speciesist. One key factor that grew over time was a naïve nature to sexual content. This was to prevent C[G]D from getting too shallow and lowbrow. When I first wrote this post, I thought it went too far with innuendo and thought it broke this rule. Looking back, however, it was not too bad. Looking even farther back it is much better than some of the early post that barely had any content beyond an image of a catgirl! Maybe innuendo is not bad as long as the writing is still naïve and ignores sexual content. Even if C[G]D moves to a new site that allows nudity I do not think I would post any. Somehow, the challenge of not relying on fan service seems to help the feature.