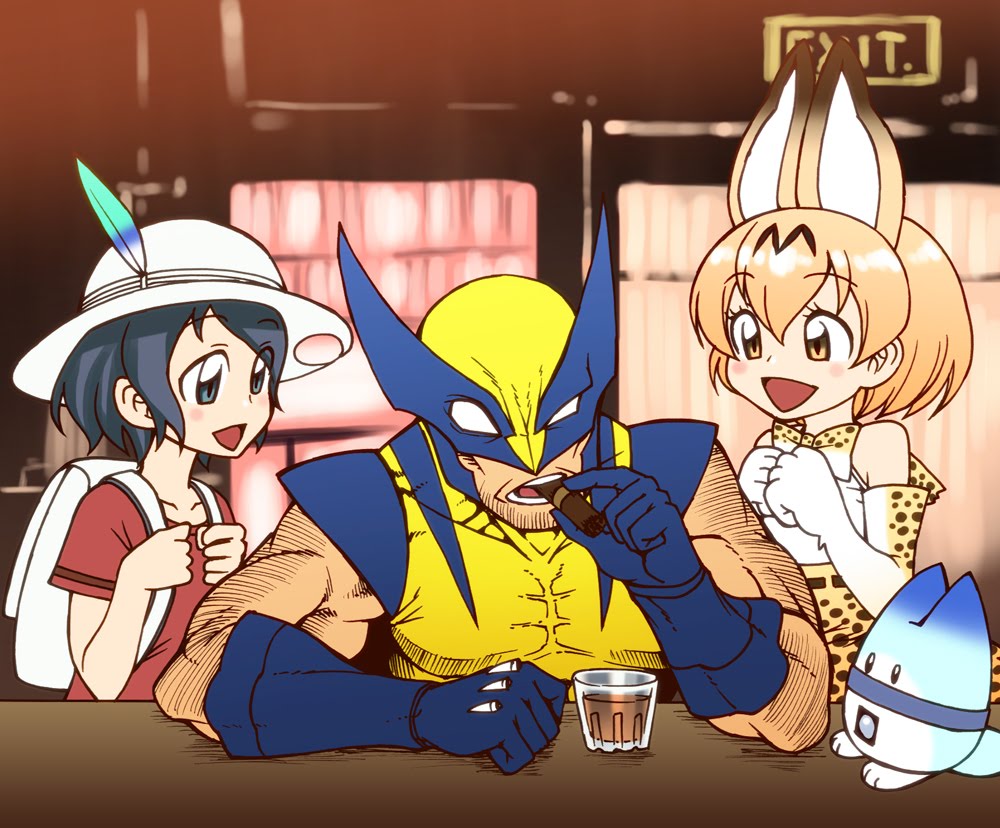 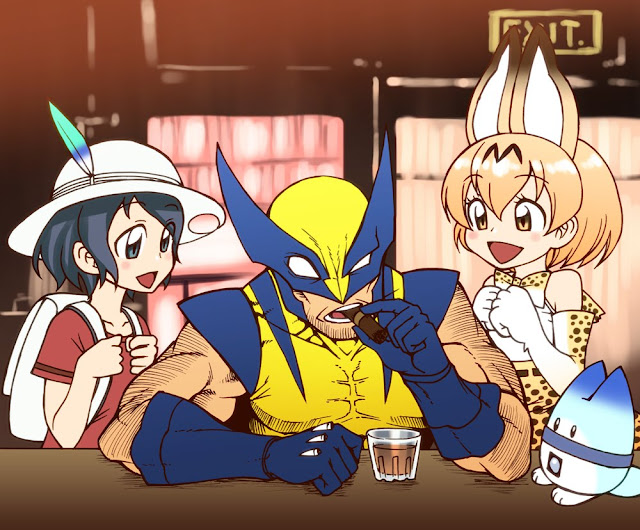 Serval, Wolverine, and Kaban
“
Crossover art by Chiba Toshirou
It appears that the anime Kemonomimi Friends has gotten popular. It is even more popular than the discontinued game it was supposed to promote. To tell the truth I gave up after the first episode which was quite dull. None the less it might be worth a second shot. If Serval and Kaban can give Logan a shot I guess I can give them a shot. After all where else can you find a Wolverine in its natural habitat?
So what do you think?